Innovation is definitely a complex endeavor that requires the orchestration of multiple dimensions. Without doubt, unless an organization's leadership has thought out the structures, processes, metrics, rewards systems, and knowledge and skills required to advance their innovation agenda, they will not be successful.

However, this is not to say that there's nothing to be done at the front-line of organizations to advance innovation. Interestingly, many instances of innovation occur not because of management, but despite of management!

In this Blog, I'll be sharing some ideas on how innovation can be driven from the bottom-up. It's a long awaited complement to all the important research and literature on how to drive innovation from the top-down.

A Bottom-Up innovator was killed today! 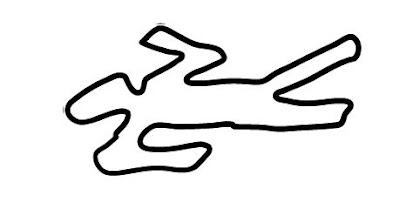 Yet, the organizational cancer had taken its toll. The bombardment of office politics, incompetent management, turf fights, short-sighted leadership, risk-adverse policies, and bureaucratic procedures was too much for him to take in.

The early signs were too subtle to notice: frustration, anger, and disappointment. A dose of fresh air, a good book, some time off; all of these could have been enough to reinvigorate the spirit in the early stages of the attack. Unfortunately, left unattended, frustration, anger, and disappointment create a vicious circle almost impossible to overcome. So, even when one would have thought that my friend would have survived, the silent killer, slowly but surely, delivered one blow after another.

He called me yesterday evening. I wasn’t sure what annoyed me the most, the static on the line or the helplessness I felt in face of my friend’s sense of defeat. Full of melancholy he blurted out: “I’m fed up! It’s not worth it! There’s no use trying to help! What the hell! They want a yes-man, they’ll get a yes-man!”

And alas, the killer chalked another victim on his wall. My friend lost, his company lost, and we all lost. For when a potential Bottom-Up Innovator is killed, we are all left without his or her potential creations.

As enlightening and fulfilling Bottom-Up Innovation can be, practicing it in backward organizational cultures is tough. Prepare for a difficult battle. Learn to read the cultural undercurrents of your company. Under the best circumstances, prepare for challenges and resistance to change. Under the worst, anticipate curses, political ploys, and vicious attacks. Realize that while there may be greener pastures elsewhere – cultures receptive to ideas and improvement – becoming a Bottom-Up Innovator will always demand strength and fortitude.

And take note, when the time comes to face the silent killer – and I assure you, if you are trying to innovate from the bottom-up, he will come – look him in the eye, and smile. He hates it!
Posted by Ulises Pabon at 10:12 PM

Click below to visit the QBS, Inc. Home Page